Rebel Rebel
it's a risky business

Throughout mankind’s evolution, we have always been risk takers.
Harnessing fire was perhaps one of the first big risks we took as a species, maybe lashing a load of logs together to go and explore the edge of the horizon was another, but it's most likely that these little discoveries would be followed shortly afterwards by a communal gathering around the campfire where we'd talk cod-shite about the best method to catch an angry mammoth whilst licking the back of a frog,  getting off our caveman tits.

Gambling, trying drugs, setting things on fire, thrill seeking, spitting in the face of authority or better still getting paid to tie him up, dress him in a nappy, shove an orange in his mouth and piss over him in the bath of five star hotel room. Lines of gak would be waiting on the glass coffee table, while the TV blares out the latest MTV music video, Prince and the New Power Generation.

Three decades earlier, from the late 50’s into the early 60’s there was one of the first major waves of modernistic youth subculture sweeping the British isles. The post-war era had given birth to a new wave of cultural awakening, a new set of risk takers. 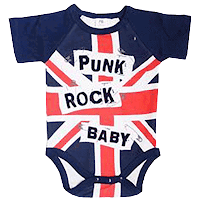 Mods, modern Jazz appreciating scooter riders, the archetypal rivals to Rockers, leather clad café racers, rocking and rolling in a rebellion of post war austerity.  Parents worried about the rampant urges of boys, growing their hair long while girl’s skirts were getting shorter. The contraceptive pill helped pave the way for sexual liberation and free-love.

The Americans and Russians were having a race to space and to land on the moon.
Meanwhile in Falmouth, UK, a start line was in place for pioneers of another kind. Over the duration of several weeks in 1968, nine adventurous sailors set off to attempt to be the first to sail solo and unaided around the globe, it was an event sponsored by the Sunday Times. Back when newspapers had money to spare.
Meanwhile, anchored over in the North Sea a Panama registered Danish ex-ferry was sticking two fingers up at the broadcasting authorities and the established order of quiet and orderly British Broadcasting. A bunch of rowdy disc jockeys broadcast their own pirate radio, Radio Caroline, to the music hungry British teens.
Vinyl record sales soared. Music magazines were flying off the shelves in their millions. Journalists, music critics and writers clamoured to be heard in the cacophony of the press boom. Artists flirted with androgyny, fashion, challenging public taste and decency. Homes were electrified, with TV's and white goods.

As the 80s swung into view, on the back of the previous years historic Fastnet race perfect storm where 15 sailors were lost, many others were rescued, (and as a consequence new safety regulations meant that life rafts were much better designed) we hit a new peak of narcissism and risk taking. The 18s to 30s, drug addicted through proliferation of ket, heroin and amphetamines and STD infected through sexual liberation. The consequences of unfettered capitalism, miners striking over pit closures, Thatcherism and the flogging of state assets in return for a quick spunk-load of cash in the coffers, lead to a time of self inflicted suffering through delinquency and self-medicated excess. A wealthy entrepreneur attempted to be the fastest to motor across the atlantic, failed, got rescued, then had another go and succeeded. He then had a go at hot air ballooning across the Atlantic and Pacific oceans. Just because nobody had done it yet. Turned out some other adventurer would beat him to it.
He might not have advanced the human race but it was great brand placement.

The last decade of the 20th century arrived in a blur for The boomers and GenX. (did that hotel room incident really happen? – Ed) Tony Blair had pulled a flanker and dragged the British Labour party from the left to the right in a public slight of hand that would take over a decade for the nation to realise. Brit pop or shit pop as it is often called, was like the dirty feeling of coming down from a crazy hazy amphetamine fuelled cocktail party. GenX awoke to realise they’d become sensible parents jiggle-soothing babies in multi-way adjustable carry-cot-cum-car-seats. The boomers were looking forward to early retirement and a second home on the costa-del-expat. Meanwhile, yet another group of people thought it was a good idea to do another solo race around the world. Someone was lost, someone was rescued in the nick of time and one chap defied odds to survive 4 days in an upturned boat and was rescued by the Australian Navy. They redesigned race boats after that to have higher stability. Which was nice.

The year 2000 plopped around, the Y2K bug never happened like everyone warned. People didn't need to wrap their heads in tin foil.
As Prince’s anthem of Let’s Party Like It’s 1999 faded (which incidentally had been written and released in 1982 - Ed) , so too did artistic risk taking, it seems, gone were the crazy costumes and hair styles, in came an avalanche of mediocrity. While the nations musical foundations were cleansed with a coffee colonic, a young woman, the youngest ever at that point, decided she also fancied sailing around the world. She hit a submerged container, but came second in the race. There was no mention of banning container ships. Some dude decided to walk to the North Pole, had a bit of a mishap with his skis and some thin ice. Had to be rescued. Decided to hack his own frost bitten fingers off. Nutter.


Despite the Brits having lived relatively unencumbered by fear through several decades of Northern Ireland “unrest”, (as we like to understatedly call terrorism, they were also called "the troubles") when two planes managed to disassemble a couple of shiny buildings in New York, USA in 2001, the impact went much further than the 540 metres of their vertical decent to ground zero. A war was waged on terror and thus started a new era. One of fear. Fear of the terror. Terror of the terror. Risk-taking was now increasingly punishable by time in prison or other punishment. A big red pause button had been pressed. No further risks may be taken without permission, without signing in triplicate and without an indemnity waiver.

In a recent UK based survey conducted across four generations, from the baby boomers through generations X, Y and Z, (grouped: post ww2–‘65, ’66–‘80, ‘81–‘95, ‘96–2012) perceptions of risk and fear were explored alongside comparisons between generations for their youth culture upbringing.

Our aforementioned nappy wearing chap in the bath, along with his GenX paid hotel service are both more likely to have lower perceptions of risk and lower sense of anxiety.
When we look at the youthful misdemeanours of our two earlier generations let’s call them Bob and Nicole, they were all more likely to have taken part in a wide range of risk taking. From indecent exposure, arson, damaging public property, spraying graffiti, smoking weed, taking amphetamines or other class A drugs, to drinking or drug driving, shoplifting and using fake ID. But equally as likely to have gone sailing alone around the world or motorbiking across deserts and uncharted areas, or attempting to take a hot air balloon around the world on the edge of the jet stream.
Almost 9 out of 10 Babyboomers and GenXs agreed that“taking risks makes me feel alive”.

“Every single day since I heard that tap-tapping and knew I had survived, I have told myself I am lucky to be alive. Why go back? Because I’m a racing sailor; that’s what I do. I love the sea, and I love competition. You don’t give up on life just because you once had a narrow shave from death.” Tony Bullimore


Overall, the Boomers and GenX look like a pretty disobedient bunch and they’re the ones currently running the UK, running big business, politics, academia and in positions of managerial responsibility.

Contrast the above with Gens Y and Z, let’s call them Emma and Josh since we’re on first name terms.
Ask Emma or Josh to walk down a street alone, without a mobile phone, at night and they’re likely to be frozen to the spot with anxiety or needing counselling for PTSD. They considered walking down the street a highly risky activity.

What "risky" activities did Emma or Josh get up to as youths? There’s hints of underage drinking, weed smoking and being a member of the Guides or Scouts. Nobody was licking rizzlers, sticking them to their drunken mates socks and accidentally setting fire to houses it would seem.

Generation Z are living in a goldfish bowl, with click-for-likes sense of validation or rejection, no risks are taken if they are to maintain their carefully crafted sense of virtual online self.
To see the full survey results: https://www.surveymonkey.com/results/SM-W6C265B3/

The time of mad-arsed risk-taking and adventuring seems to belong to a different time, a different generation. A somewhat irrelevant, dated concept of doing something for the sake of it. For no reason really other than just because we might be able to. It's a beige coloured, mind-numbed creature, suffering stress induced dementia pacing around in circles. “What was I doing? Why did I come in this room?”.
We had the illusion of choice, but the freshly labelled youth are waking up to a society where everything has been dismantled. It’s been taken apart. Liked, smiley face, thumbs up, share. LOL.

“We are approaching a time of no national identity, post-genre, everything goes. Forget Primark, let’s go primal” (Prof. M. James)


Overwhelming rampant consumption is turning full circle to a point where everything is meaningless and a nihilistic sense of futility has risen. Questions are being asked by the Ys and Zs. Why bother with a massive house? Seems a bit pointless doesn't it? Why bother owning a flash car? What about the planet? There's so much still to explore. What about time out with friends? Sharing silly cat videos online trickles down to experiential sharing in real life. Amidst a malaise of anxiety, teen angst, fear aversion, risk avoidance and depression, a phoenix might be rising.

As the door swings open, shining a stark light on our present situation, we see that it's us, the GenX and the odd Boomer who didn't quite make enough to take that early retirement, standing in just our pants. We're covered in shit and vomit, a bloodstream full of hallucinogens and clutching a small rubber squeaky dog toy.


The millenials are coming.


Turn the tide on plastic

They're going to be really pissed when they see what we did to the place.