Some say he's a genius in a small package.

Master sleeper by day and night. Bringer of joy and demander of affection.
He is the ships dog. Born in 2004 he's now a late middle aged well travelled companion. He's seen a few things. Thankfully he can't talk.

This little guy has lived in the city, on the inland waterways, he's watched velodrome racing, he's travelled at well over 140mph on a motorbike, he travelled the length and breadth of the UK in every kind of vehicle available. He's crossed the channel, He's eaten crepes in France, Waffles in Holland, Lobster in Guernsey, chips in Alderney and pooped in the middle of Liverpool street station. He's got a passport and is locked and loaded.
He's a coiled spring, masked by the false exterior of a creature that spends 22 hours a day sleeping. Don't let him fool you. 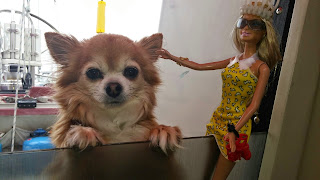 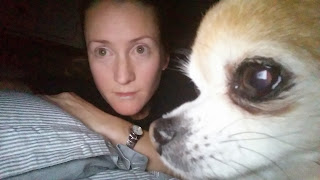 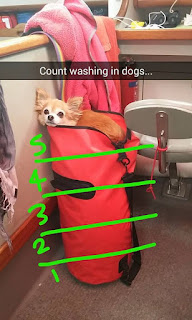