I've been stuck inside working on a project, which means I have been viewing the world through a small vertical window.

I play games, like spot the mast and guess the motorboat by the sights through my skyward facing hatch and the sounds that permeate through the water and reverberate inside Boogie Nights.

thus: I have become a dab hand at recognising boats by their masts, spreaders and the tone of their engine.


This, for the uninitiated (and the majority of society who give zero chuffs) is a Sunfast 3600. The size and aft sweep of the spreaders, the pre-bend in the mast. It's a performance racing yacht, even without seeing the boat and with the sails tucked away in port. Simply by looking at the big stick pointing skywards it's unmistakable.

It is one of many in the Solent area and all over the south coast that are being pressed into racing use this season. If one person accidentally got on the wrong boat, he or she might not notice for some time. They are clone boats.

Now this is where I start to question the obsession of my dearest sailing friends.

2 - lack of an oven and other basic civilised elements


I realise that's three things.
But the first two are in the same bracket of "I've got a lot of money, what can I spend it on?"

The latter is, "I've got to feel as uncomfortable as possible in order to feel like a winner"

This is intended as a non-too-serious rib poking at quite a few people I know who fit this bill.

sails come in all types of cloth and non-cloth. Some are made from densely woven canvas, or a Dacron material. Others are laminated or plastic sails reinforced with carbon or kevlar strands. Then there's exotic moulded thingymejigs that cost a frikkin arm-and-a-leg.

"The more fancy the sails look, the better they are."


Laminated carbon sails are really lightweight, which reduces the weight of the boat. The lighter the boat, the faster it goes. (sort of) Reducing the weight of sails up the mast means more leverage from the keel. Which means the boat doesn't lean over quite so much. Which means you can keep bigger sails up for longer, which means you'll go faster and be able to sail closer to the wind (maybe)
Of course, the downside is that laminate sails will cost you at least an arm, if not a leg as well. This is going to make winching rather more tricky than if you have a full complement of appendages. You're gonna need more crew.
Oh and those fancy laminate sails, they're gonna need replacing every couple of years or so. You're going to be so busy working to earn the money to pay for this, you wont be going sailing much anyway. Unless you work for a trading bank. In which case, does the tax man know about your luxury fancy yacht you dirty robbing ratbag?

"just the mere mention of 'carbon sails' is enough to render some sailing buddies doubled over in climactic embrassment."


I chose a heavy weight offshore sail cloth for Boogie Nights new main sail last season. There'll be no unintentional orgasming around here thank you. That should last well in excess of five years, possibly a lot longer if I take care of it. It cost £5000, which, if I can make the sail last 10 years is £500 per year. If I take the boat out every week of the year, thats about £10 a week.
I'm not counting the cost of lost battens at this point. In fact, I'm not even going to talk about that. What? Sorry? Where was I?

I bored my Sherman-tank-wielding-brown-sauce-replacing friend almost to the point of permanent stupefication just a few days ago when I tried explaining the intricacies of the jib or genoa selection and purpose and the complexities of choosing the right size for the boat. I won't go on, but, I'm going to get the front sail (genoa - no never met her) reduced at which point it will become a jib.

I hope you understand that I'm not obsessed at all. But it wont look like one of those fancy black sails out in the Solent, flown by fannies with all the fekkin gear and no idea. Overpaid, overfed, fancy labelled performance clothing wearing and in need of something to throw their disposable income at. I'm not bitter. Not at all. Does anyone actually know what jobs these people do anyway? I'd like to know. Because I'm not obsessed at all. Nope.

These will make you a winner. Not only can you render your fellow combatant green with envy when they see your electronic appendages attached to the chart table, but you have the upper hand in terms of onboard thinking technology.

And quite possibly save weight while you're at it. Those big old pilot books, almanacs and paper charts are damned heavy you know. The joy they bring will have to be sacrificed. In favour of Gadgets


We all know saving weight makes us go faster right?


It's amazing how much extra surplus weight we carry around in our lower intestine, so I am told.
So, in the name of weight saving and self induced living rough, I swiftly move on to the second point.

"For the love of Neptune, where's your chuffing oven?"

Racing boats do not pander to the users/sailors sensitivities. Or so they would have you believe.
IF we were aiming to set a world record then I can understand stripping back to a bare boat. It's a one off. It wont happen all the time.

But for every man and woman who takes part for FUN, for their leisure activity, as a thing they do in their spare time, why, oh why, oh why do they self inflict a kind of purgatory only obsessed people are capable of inflicting upon themselves?


Now, if you were racing around some marker buoys for a couple of hours locally before packing the boat away and heading back to creature comforts, you wouldn't care about the above points. But the moment you leave land behind and are to spend a few nights at sea, then suddenly, the ability to chuck a pasty in the oven and have a little lay down in comfort makes the world of difference.


so let's just get this straight,

Having spent a small fortune on shwanky black see through sails that will go out of shape after a  couple of seasons, added fancy electronic gadgets to help you sail faster from A to D via B and C, taking into account the current weather, the predicted weather, the currents, tides and other charted features.
You've got the best autopilot and you've had your large intestine rinsed out to reduce weight.
You've got the very same identical boat as every bugger else, despite racing under IRC handicap rules meaning every boat of all types and level of fitout has a fair and equal chance to compete. It has no comforts or civilised amenities and no personal touches to make it appealing as a place to be once safely moored up. And you do this "racing" for fun? Do you even like yourselves? Have you no self respect?

A quick guide to the current, commonly known clubs that frequent the British Southcoast Solent area. 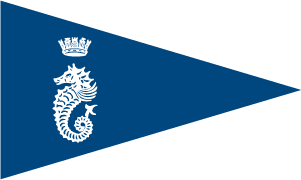 The royal ocean racing club attracts a broad spectrum of yachties. Some are attracted by the name because it sounds a bit like a lion. Others fancy a bit of the royal connection. Others have got a bit too much surplus cash lying around so spunk it away each season on a new set of fancy sails, some new gadgets and self flagellate in stripped out husks of sailing boats. They may have crew onboard to serve as waiting staff when they step ashore. Most likely to be flying a blue ensign when not racing.

Mostly people who don't have any friends.
Probably because their boats are so inhospitable they've been abandoned in favour of sleeping on a cliff face or climbing Everest without breathing apparatus. Honestly guys, put an oven on board, you'd never be alone again.
In the meantime, you'll find these guys in the nearest bar to their finish line. That's what happens when you don't carry wine glasses.

The junior offshore group is like the poor mans relation to the royal club. Originally this club was set up for boats between 16 and 20 feet long, hence junior. But time has changed things. Now it's open to any boat with an IRC rating.
Boats who are too poor to enter RORC go for a JOG instead.
They don't allow sponsorship logos and any clue that the boat might be run by a tax dodging banker, however, they do allow shmantzy pants laminate sails and stripped out racing boats. But due to running IRC handicapping, that stripped out racing boat could be beaten by a comfortable cruiser that has been sailed well. JOG racing is sociable too but formed of cliques between the out and out racers and the racer cruisers. One lot reclines in the cockpits with drinks and social times, mingling from boat to boat. The others head for the bar or hope for an invite onto another boat with facilities because frankly, they've got nothing worth staying around on board their own boats for. Unless you fancy freezedried food out of a dog bowl.


I propose a different kind of yacht racing.

I'm going to call it Civilised Offshore Racing Club.
our club burgee will be thus: 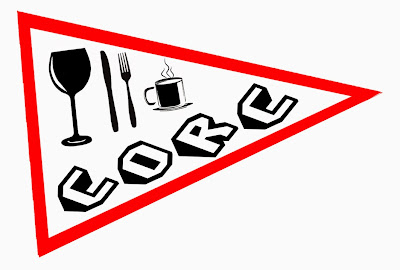