Without a flashy sex bombe wide arsed raceboat to distract me this time, I stuck to a revised passage plan and continued west out of Yarmouth Isle of Wight.

The new rendezvous plan for my friends was simply to watch the AIS signal via marine traffic and then home in.


Without a mobile phone or any other method of verbal communication I left it down to them to come and find me, homing pigeon style.

I headed out of Yarmouth, pointing south west. Full sails, still minus a top batten but with a new sail slide, full speed toward a much closer and quicker to reach Poole harbour.

It was an absolutely fantastic and generally rapid journey out of the needles channel and round to Poole harbour. Only one or two tacks to find myself in the channel heading into the sheltered and generally pretty looking natural harbour for the first time.
Finally out of the clutches of the Solent I gave a small whoop and congratulated the wheel by patting it.


Pshhh, we're outta there! I pointed my thumb behind me at the white chalky cliff face of the Isle of Wight.


Without a phone I couldn't phone ahead to check marina availability so I picked the Town Quay and just went for it. Hoping to get lucky.
I had a little look, circled around and then chose a spot that looked likely to be available, possibly.  On a bank holiday weekend, chances are a lot of places will be pre booked.
On arrival a friendly chap who worked there helped take a line. I only had one rigged as that's all I use single handing (one line to the centre cleat). I sort the other lines out once I've stopped and got myself secured. He seemed confused as I darted backward and forward adding lines once I was securely alongside.
You're on your own? he asked
Yeah, I've got friends, they're coming later I replied, reassuring myelf more than him that I do indeed have friends. Somewhere.

Once we established that I hadn't pre booked, he said it was my lucky day as the spot I had chosen was the only available slot.

Forty one pounds lighter and loaded with a gate code, shower code and a local guide to Poole, I sat and waited for my homing pigeon friends to come and find me courtesy of AIS and marinetraffic.com.

One by one they arrived, and soon there was four of us.
The crew consisted of 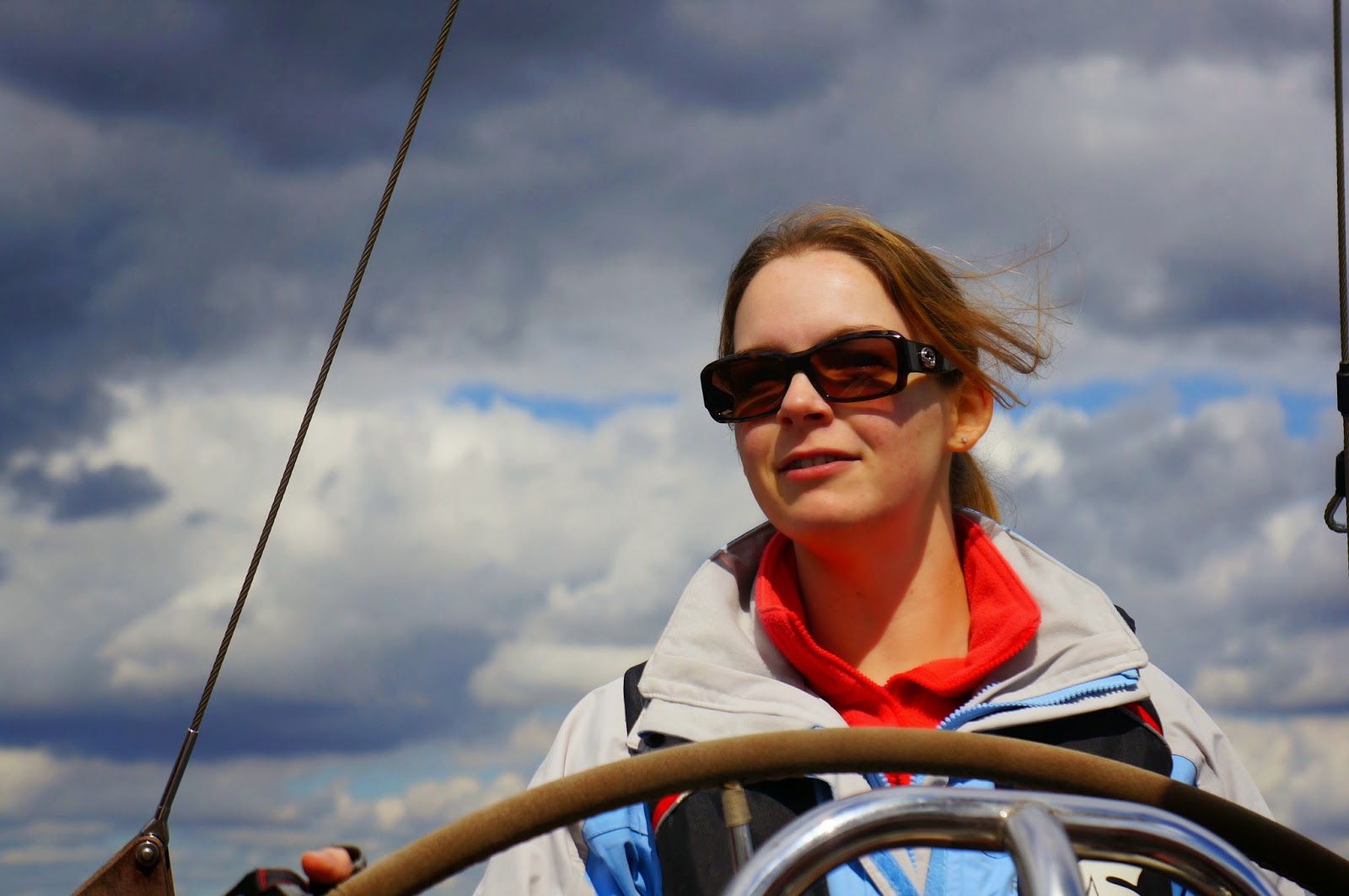 my best friend since early school days, Joanne.
A friend who is so severely motion sick that simply sitting on my mooring at Haslar can have her reaching for sea sickness remedies. But her sense of humour and ability to keep me from being a complete twat in front of two lovely chaps is priceless. 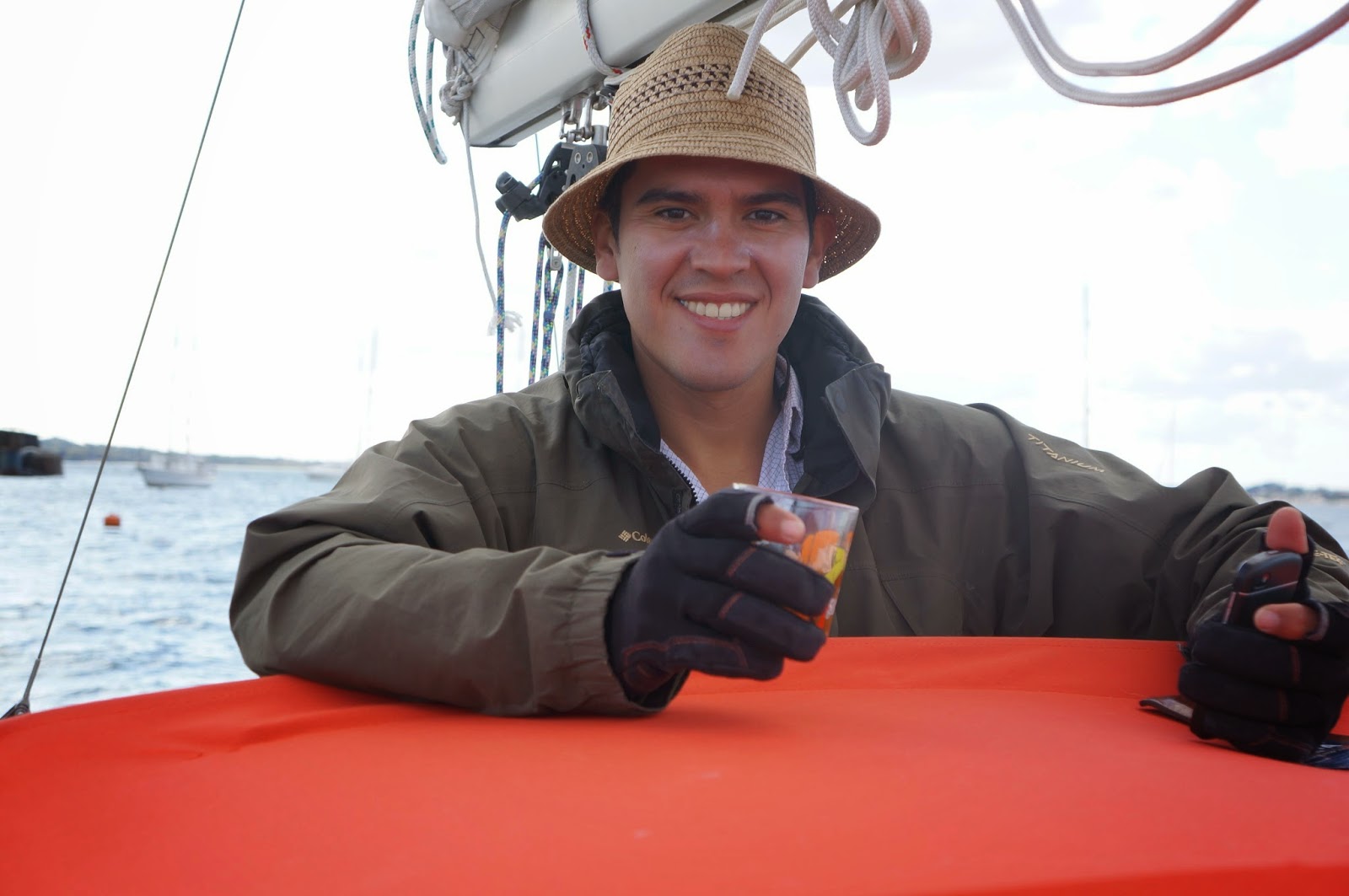 Lovely-chap 1) Jerry, who back in France in May during a qualifying passage for the triangle race, came knocking with a spare baguette for breakfast. I knew it was worth staying in touch with him, especially when he said he can cook! 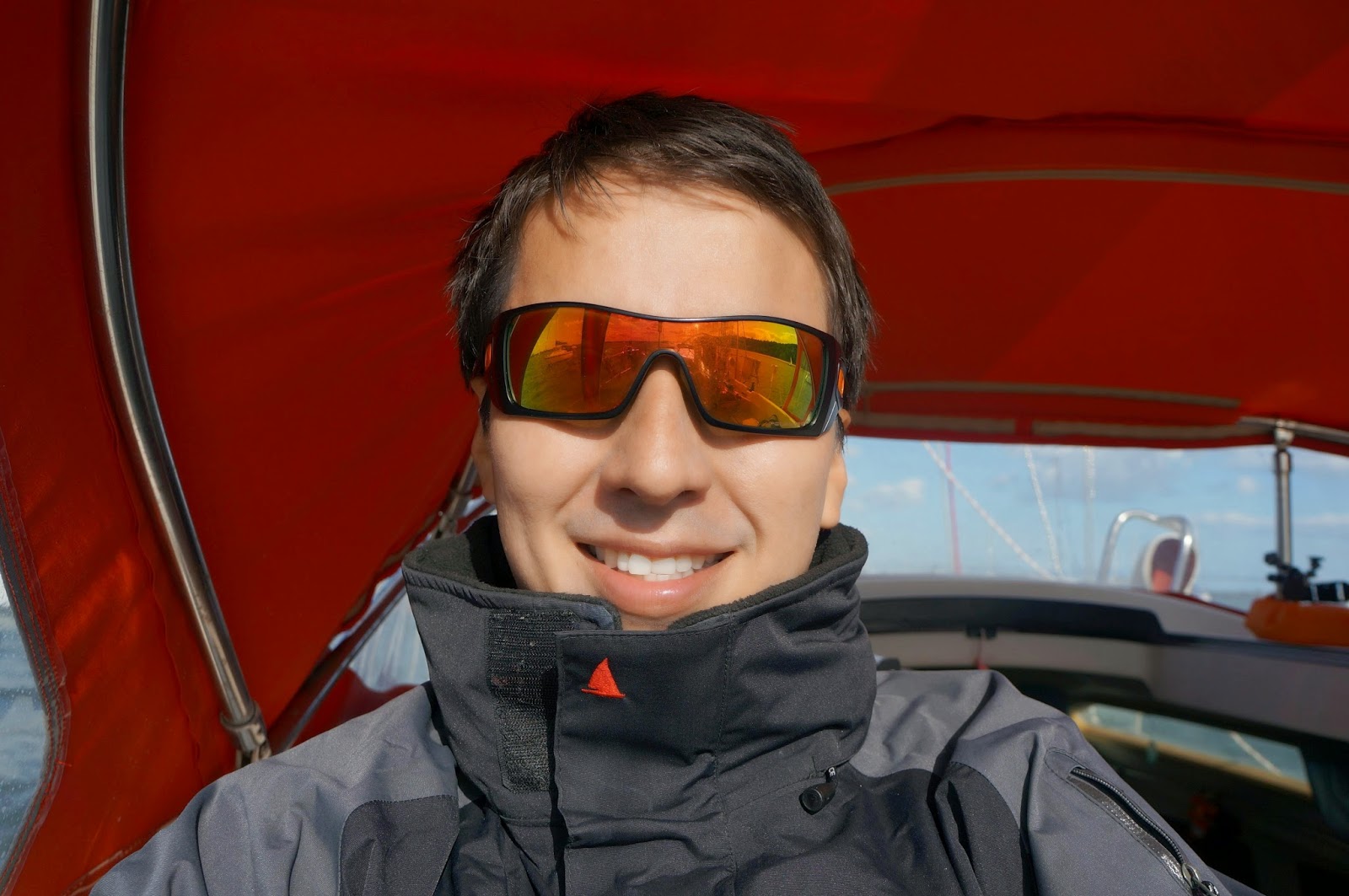 Lovely-chap 2) Mario, a friend of Jerry who introduced him to sailing a while back. On arrival revealed a great taste in cameras and a keen photographic eye.

The dream team had assembled. Now, down to serious business of getting some "fun" in.


After an easy first night on the town quay and after everyone had used the facilities as much as possible to maximise the value for money, we headed off to pop Joannes' cherry.

In all the years I have known her (more than 30),  in all the times we went motor boating together and all the time I had my sailing dinghies, she had never once been sailing. The whole motion sickness thing had really put the brakes on that for many years. So now was the time to have a go.

One thing I've always enjoyed and rarely had the time or opportunity to do, is anchoring off a beach.
I'd made sure I brought the dinghy with me for "just in case" the opportunity presented itself.

Back at the boat, I attempted to set an anchor alarm. It didn't work. So I woke up several times to check our position as the tide changed (We drifted in the night and by morning we were just a boat length away from our neighbour.)

Before everyone went to bed I had a quick look at the engine to see what had gone wrong yet again, causing diesel to leak. It's been an ongoing issue for the past three years. One day I will get to the bottom of it. In the mean time, the engine has its nappy changed frequently. 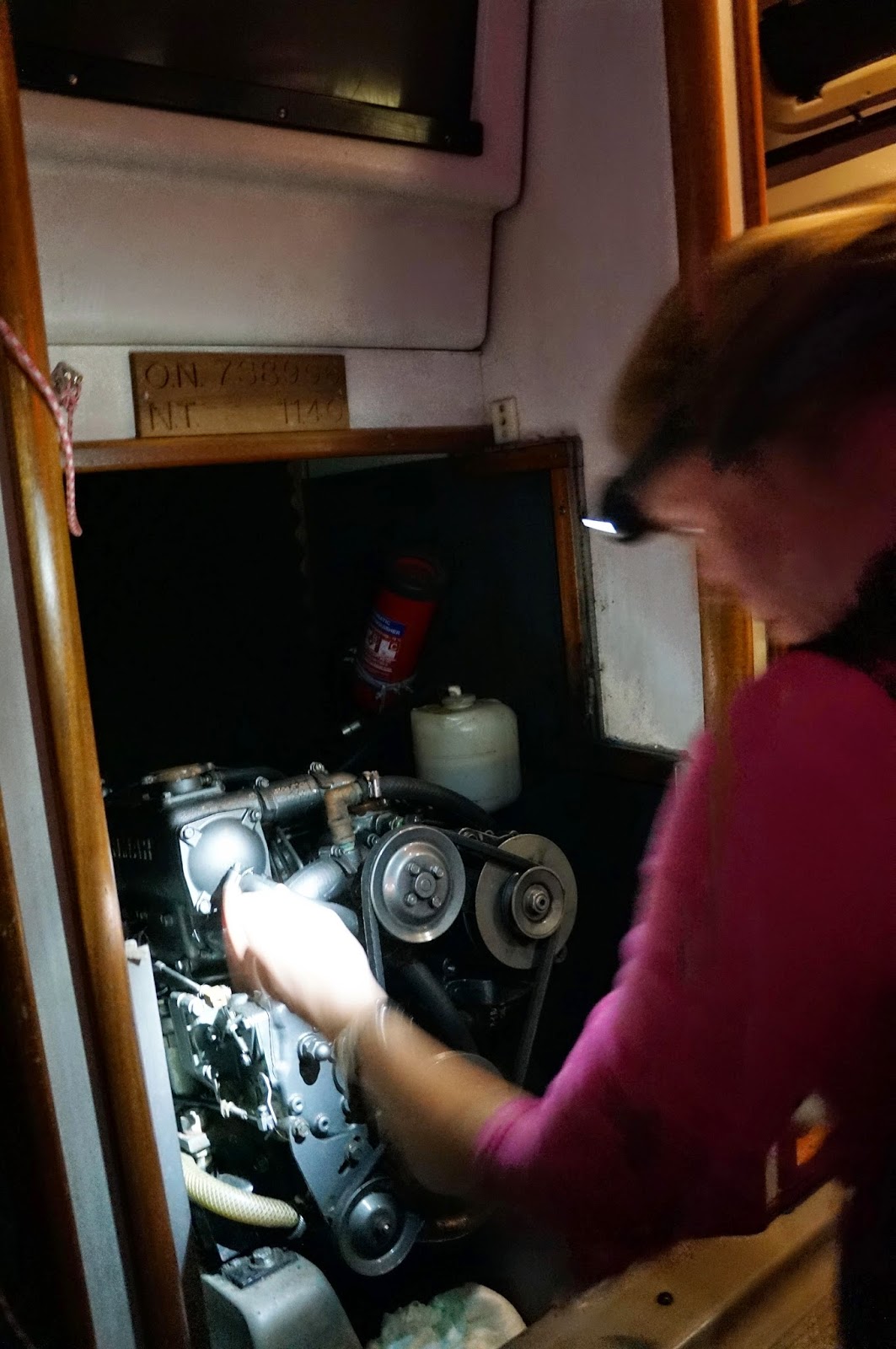 An English breakfast was the starter for Sunday, so before anyone was hoisting an anchor to move the boat away from our now very close neighbour, we made sure our bellies were full.

It was discussed previously what it takes to be a pirate. Drinking rum for breakfast, or indeed at anytime before mid day will form a defining factor of pirateness.

And while Joanne and I sorted the boat out upstairs, Joanne on helm (ooh arrrrg) with me hauling up the anchor (ooh arrrrg), the lovely-chaps did galley slave duties and made Boogie Nights shipshape and Colombian fashion downstairs.

And so after three splendid days of drinking, barbequeing, drinking, eating, walking and eating some more, I was left alone as my friends departed. Joanne helped cast me off from Town Quay and I trundled off into Poole harbour to pick up a mooring buoy for the night with the aim of heading to Weymouth solo the next day.