Going for a JOG

With the Ships Dog safely collected from his luxury country retreat in Derbyshire,  we called in to say hello to a few chaps who were fresh back in "town" having just sailed around the world.

It was good to see the familiar faces again, a little more tanned and rugged looking than just 11 months ago when I last saw them.
It was over a quick cider that Sue,  a Sussex yacht club member and triple clipper legger on Old Pulteney, asked if I had thought about entering the JOG race in just a few days time which was going from Cowes to Fecamp.


Hmmm. what a good idea!
Sue and I had briefly discussed sailing together this summer to see firstly, how we get on as a double handed team and then secondly, if all goes well to arrange a longer distance trip with the aim of qualifying as a possible second team entry for the AZAB in 2015.
Hazel, who co-skippered Boogie Nights for the Triangle race is already qualified for the AZAB.

A quick phone call, followed by some rapid entry form filling, and we were on the list.


All of the cruising paraphernalia that I had started to load on the boat, went swiftly back to the car for storage along with a few more bits that I had identified as unnecessary.


Before I had a chance to think too much more about weather patterns, tidal flows or race starts, Thursday arrived and along with it, Sue.
The plan was to have a little familiarisation sail over toward Cowes where we planned to "hang out" for a night before race start at 0730 friday morning.
The wind decided familiarisation sailing is for loosers, so after an hour or so of sailing nowhere fast, we had to motor over to Cowes.

Sue whipped the charts out and I read out the sailing instructions from the race entry so that we could be sure we took the correct route east from Cowes and out past the various buoyage before turning southwards toward Fecamp in France.
A swift and elegant G&T and it was bed time at midnight.

Rising at 0530 to give the ships dog his last sniff of fresh turf and Sue her morning cuppa we headed off for the race start with hazy sunny skies beckoning.

There was a rip snorter of a tide by the start line and given our lack of boat familiarisation the day before, this was Sue's first proper go at pulling on lines with any real urgency. We gave ourselves plenty of space to avoid being in the way of the "serious" guys and to avoid the risk of spearing anyone with #beargryllsbarbie
We were so wrapped up in our discussion about gybing that we actually missed the visual start signal someway behind us being hoisted up a flag pole on shore. So we crossed the line about two minutes late.
Nay mind, it's a long enough race of 90 miles and I didn't worry about two minutes lost.

It turned out to be a race of halves. Or something like that.
Half the fleet headed east and picked up more consistent breezes and managed a reasonable time down to France with the faster boats arriving around midnight.
The other half, which included us, took a more direct route, which unfortunately took us straight into a large area of no fucking wind. (or NFW as I shall henceforth refer to it.)

The first hour was spent optimistically thinking the wind would pick up soon. I took the opportunity to take a power nap.
The second hour of NFW was spent thinking maybe we should quit, in between re-applying sun cream and reducing layers of clothing.
The third hour was spent desperately trying to stop the sails flogging to allow the 5kts of breeze to take effect. Sue sang a "wind song" that involved sprouts.
At this point a large thunder cloud was on the horizon.


Then I put my shortest shorts on and smallest top. Normally this is the trigger for squalls or at the very least the sun to hide behind a cloud. Still NFW


The deciding factor was, if that thunder cloud brings wind, then let's carry on. If not, then we motor the remaining 60 miles to France.

30 minutes after donning those short shorts... the sun went behind a cloud, Boogie Nights kicked up its heels, accelerated back up to 7kts and we were jiving for a very happy few miles.
Then that wind gradually eased back though as evening approached, so the beautiful warm night was spent eaking and tweaking with the main sail to squeak as much boat speed out of the wind as possible. All the while an eclectic mix of music wafted out of the cockpit speakers causing the odd spontaneous dance move or sing along by whoever was on watch.

The morning arrived, and with it, the final straw.

Percy Verance who had stayed on board for the previous 22 hours decided he was getting off when the sails started to bang about and our speed dropped to zero.

And so our race was ended sadly in retirement. We motored the final 26 miles to France. Arriving in perfect time for mid day drinks in the club house.


We weren't the only ones to retire. There were several others in the same situation as us. Though we were the last to give up on the hope of finishing which made us the last to arrive in Fecamp.

Fecamp is a fairly average french seaside town, nothing particularly outstanding but nothing bad either.
There's plenty of small eateries with the obligatory arrogant french service staff.

No dining out experience is complete in France without being made to feel like a naughty child at the dinner table.

So while we were feeling childish, we found a tame dragon fly and asked it to pose for us.... 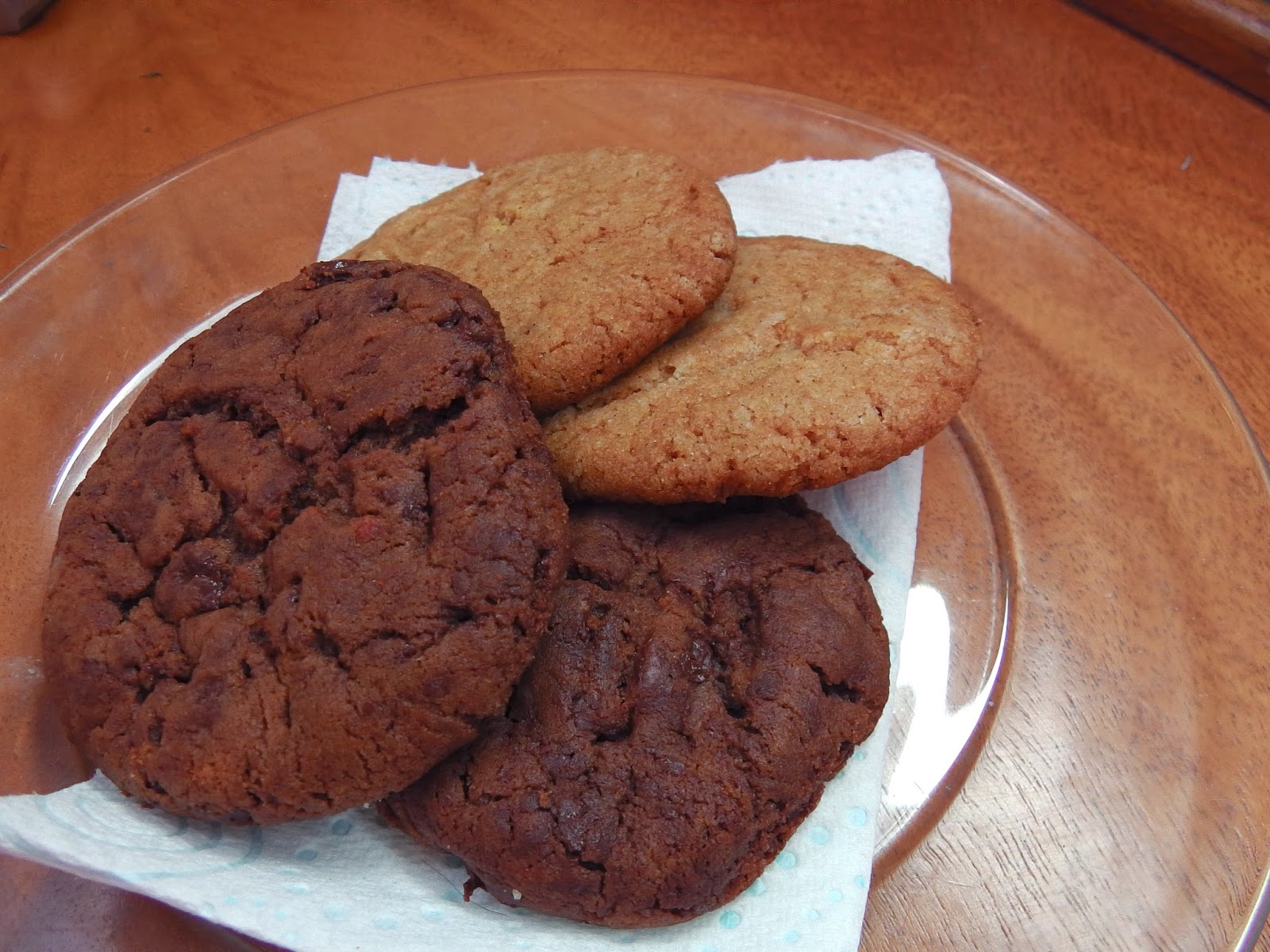 Mooring in Fecamp is often a rafting up affair due to being a popular stopover port.

On arrival we were rafted three out, but the two boats inside us left to return to the UK allowing us to move onto the pontoon for the night. Early the following morning what appeared to be a large grey block of flats pulled alongside to raft up, blocking out the light and rousing us from our luxurious slumber. It was a large high sided catamaran with cigar smoking dutch people on board. We pre-warned them of our impending departure planned for the late evening.
Soon after, another dutch boat, a smaller monohulled yacht being sailed by two chaps, sun kissed and slightly rugged looking, came along and moored on the freshly emptied space on the opposite side of the pontoon hammerhead to us. Sue made clear her approval of the easy on the eye new neighbour while she spied out of the galley window as she made a cup of tea.
After our walk along the beach and lunch back on the boat, the block-of-flats neighbour suggested we swap places to enable a swift getaway for us later.
The downside to this was that our views of the rugged looking chap were now obliterated by the block of flats and we were now downwind of the vile stench emanating from the fattest cigars I have ever seen being smoked by our catamaran dwelling neighbours.
We jokingly discussed finding reasons to adjust things up the mast in order to catch a last glimpse, but Mr Rugged saved us the bother by being hoisted up his own mast and appeared, lurching skywards in short stilted moments alongside the familiar squeak of blocks and pulleys under load of human weight.
The vile cigar stench now wafting down on us and pervading the entire boat made us bring forward our plans to leave though and we started making ready to leave at 2030.

For the return journey back to Gosport, readers of my previous post Channel Hopping will have noted my observation about the wind on that occasion.
Well, it was true to form. Blowing from the north with a bit of blowing from the west as well. Which just so happens to be EXACTLY the way we wanted to go.


It would seem that Percy Verance who was on the outward leg but got off early had been replaced by Sod and his law.


So the return journey was likely to be a mix of pointing-not-directly-where-we-wanted-to-go along with dodging squalls and getting wet, if the weather forecast was anywhere near accurate.

A lovely night sail brought a pretty sunrise when the sun eventually broke through and then the dark clouds started looming. The fork lightening started. Off in the distance at first, rumbling away distantly. It approached us as we reached the middle of the traffic separation area in the northern sector of the channel. Just as we reached the central reservation of the shipping motorway, the wind shifted, meaning we couldn't sail directly across the next lane. So we headed toward the light ship marking the end of the shipping lane in the hope we could start to head north west toward our goal.

But then the first of the squalls came. And with it a deluge. In seconds I was ankle deep in the cockpit despite its large draining capacity. Unable to outrun the storms we had to run with them, full main sail up and a partially furled genoa we watched the wind accelerate from 10kts to 30kts and we were humming along, Sue working the mainsail to avoid us being overpowered and I was on helm to keep us pointing toward the light, while lightening forked behind us. 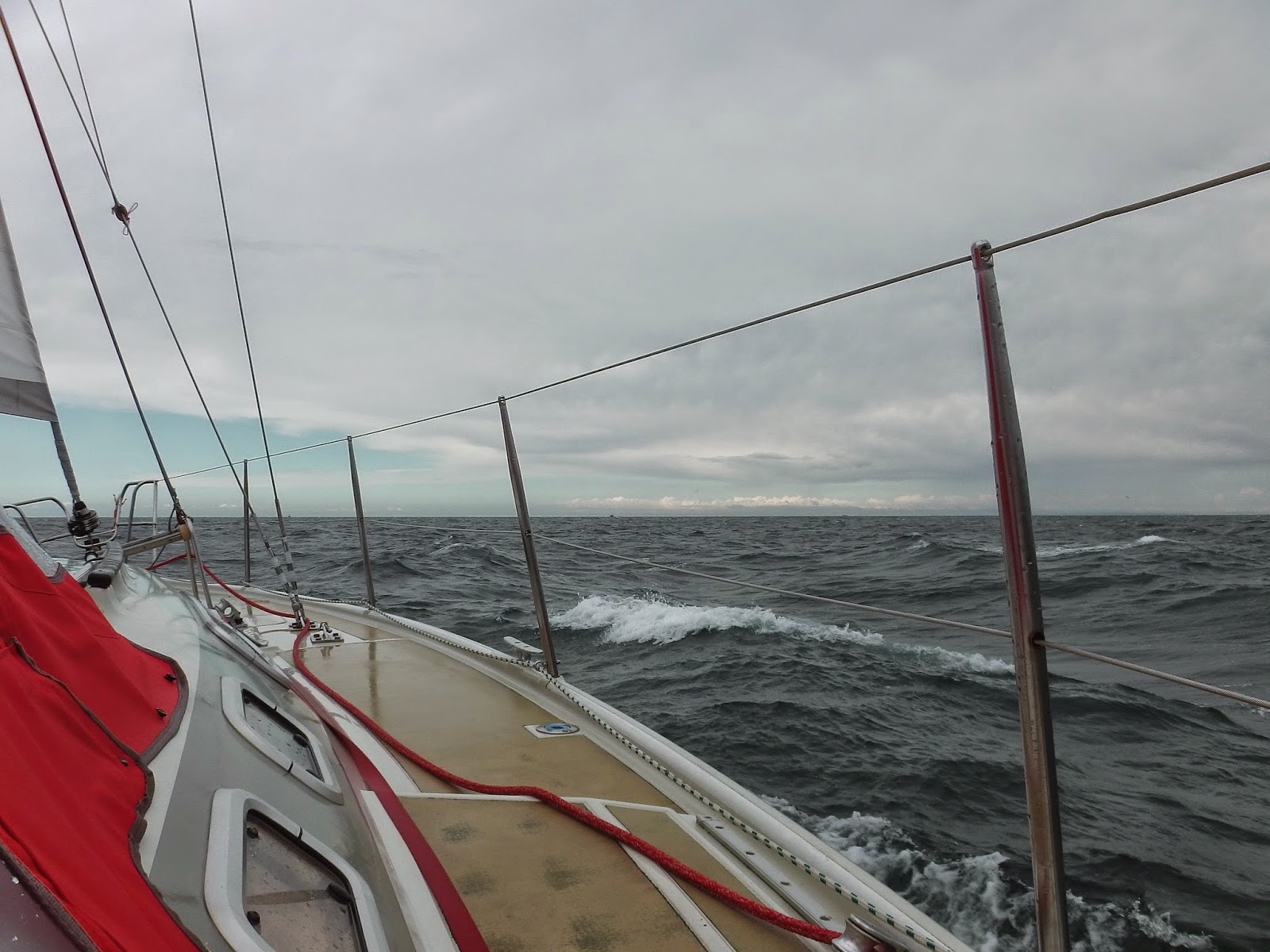 Ideally we needed to reef but being in a fairly precarious place in the shipping lanes we needed to find some sea room to park the boat while we shortened the main sail.
Sue had never used single line reefing before so we needed a little extra time to allow for this.

Eventually we had space to reef, hove-to in the now quite lumpy sea while we reduced sail area and set off again with much better sail trim and comfortable boat speed heading in the right direction for once.

It was fairly short lived though, after two or three hours of that, the sun came out and we were shaking the reefs out and applying the sun cream again but struggling to point exactly the way we wanted to.

While I was snoozing in the cockpit I was rudely awoken by a strange whooshing noise.
The first thing I saw was Sue, suddenly engulfed in lifejacket, as it had triggered and inflated.
The mainsheet tweaker sheet had somehow snagged the lifejackets toggle as Sue was trimming.

With the lifejacket inflated, Sue couldn't actually fit between the wheel and the backstay and was trapped at the helm.  Both of us were unable to do anything for laughing at the sight of it.

We realised that any lady sporting zeppelins in her chest area would struggle to get in or out of the helm position.

the final approaches into the solent were frustrating and involved tack after tack. Then another squall hit us for a while, which sent us off in a spin. Quite literally.

We motored the final three miles back into Gosport where we moored up 22 hours after leaving France. 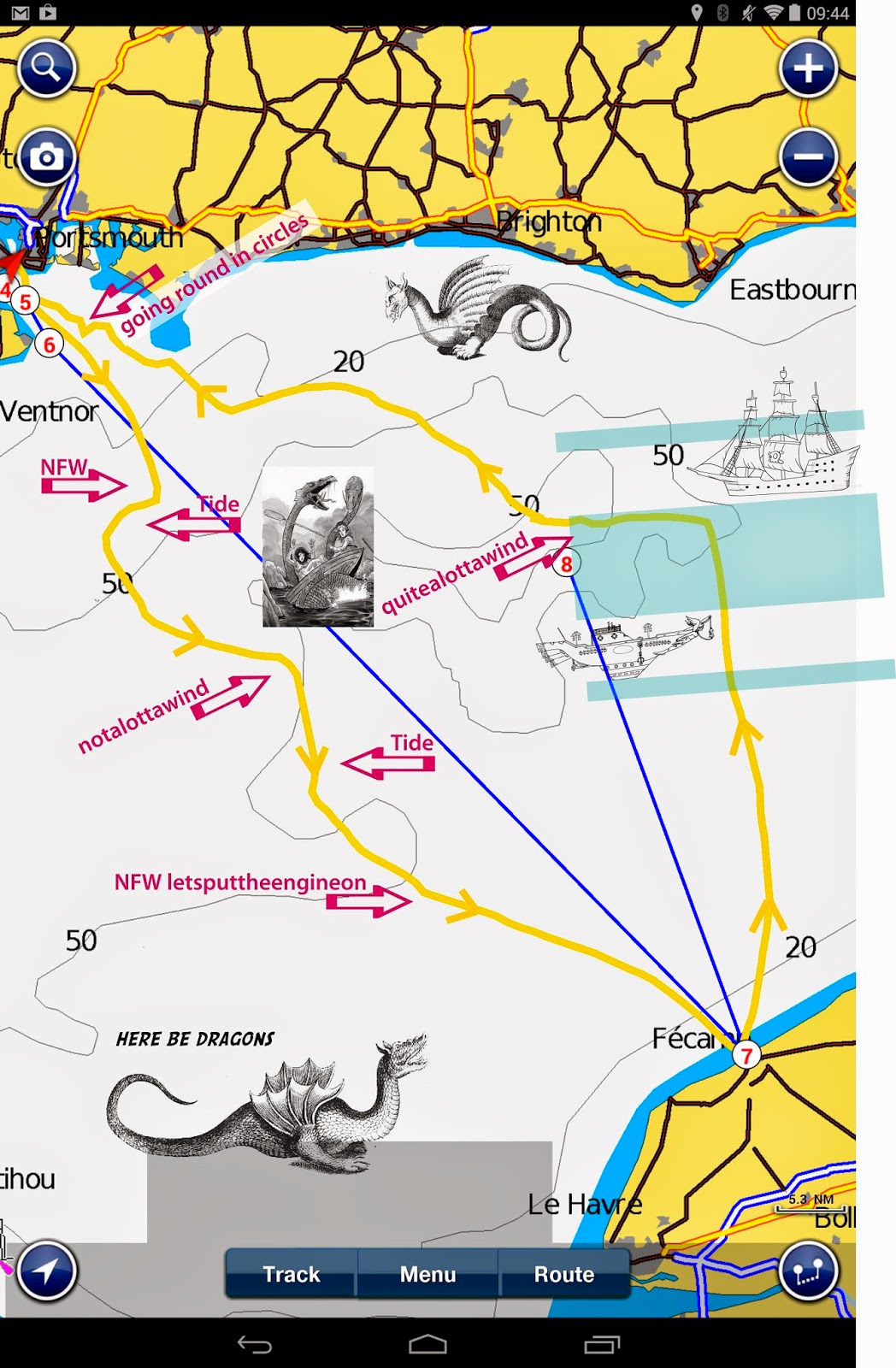