Previously we've sailed 15 hours to Dunkirk for a French Crêpe (the Crepe escape) This year we headed off on a 32 hour (each way) mission to find a Dutch waffle. 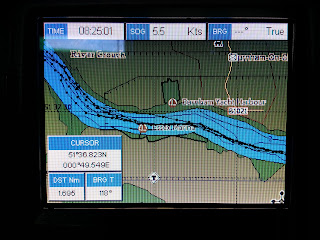 Just getting past Burnham is a feat in itself. Each time I have headed up there, something on the boat breaks and forces me back to camp.

But, at least I earned my t-shirt and got as far as the windfarm. 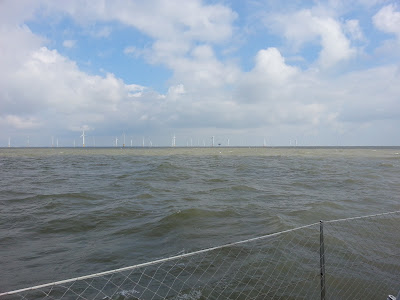 Des, my insanely annoying but unflappable mate and sailing instructor, looked a bit like this...


He was nursing a sore head after a night out with friends. So he was quieter than usual, which was a blessed relief. Not too many of his rubbish jokes. 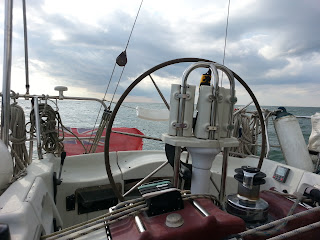 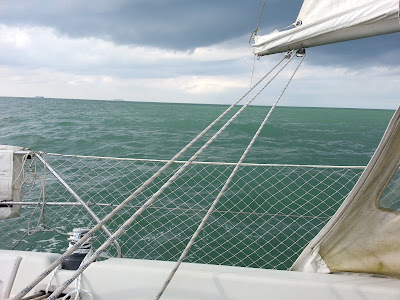 Calm conditions. Perfect weather really for a little trip across to Holland. 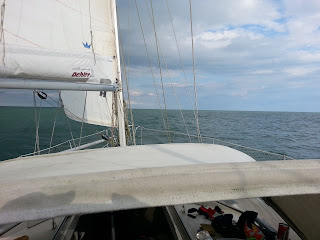 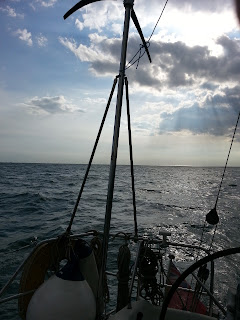 After a quick run over to the chandlery to find some new rope, to replace a snapped reef line we nipped out for the prize.


And then to quickly re-provision with a bits from the supermarket... those crazy Dutch know how to eat well don't they.

During the trip Des gave various bits of instruction, with the aim for me to sail effectively Solo but with help on hand if needed.
He suggested I add extra sheets to the self tacking jib to make it set better to windward. So I went forward and fiddled about adding lines.

high levels of concentration require powernaps to maintain. Ok, I know I was supposed to be soloing but He insisted I let him have a few minutes alone outside. (this would be known as the cigarette break -  I don't allow smoking onboard, but if I'm sleeping he thinks he can get away with it)


The windfarms in the night. Menacing. Enticing. Mesmerising.


As part of an experiment we looked at what would happen if I just went to sleep and set the autopilot for two hours. (I get asked this question a fair amount, what do you do at night, do you set the autopilot and just go to bed?)
Of course Des was keeping watch to ensure general safety and COLREGS compliancy, but was instructed not to touch anything unless we needed to avoid anything hazardous.
Just before I went for my sleep we tacked. I went and slept, or tried to sleep in the saloon.

As I mustered for action two hours later, checking the plotter it was plain to see that we were back almost exactly where we were when I went for my sleep.  We had just moved back in the direction we came from. Meaning a 4 hour addition to the journey.


There's no time for complacency or sleeping across the Channel or North Sea. The track shows the route (before my phone died). The windfarm was just off to starboard the whole time. We  skirted past it by just a few meters (50m or so). I could hear the blades turning or the whoosh sound of the air in the dark.


The prevailing wind... that f*cking b*stard Westerly wind that always gets me on the way home. I have renamed it the Basterly wind.
Just when you think you're winning having tacked 100 times into the entrance of the Crouch and think...


Facing three more hours of relentless tacking, with those extra sheets I added to the jib meaning having to winch the jib every. single. bloody. time

Put the engine on. I admit it. I gave up near the river roach and engined back. Shame on me.
It was a good waffle though.