It's that wonderful time of year, you know when everyone is told to "cheer up, it's xmas"

told to not be a "scrooge"

told that because you don't join in, you are a "bah humbug"

You can keep your excessive eating, drinking and partying. If I was Jewish, Jehovah Witness, Muslim, Hindu or any other religion than Christian it would be frowned upon to say such things to me.
But since I am a scientist, I believe in quantum physics, I'm a Jedi. Please stop expecting me to join in with your annual season of stupidity and vast stomach churning over consumption of Chinese made SHIT that will be out of date in four weeks time and food imported from all over the world and eating birds that quite a lot of people don't actually like the taste of, but eat anyway, because it's tradition.

I used to like December when I was younger. I didn't understand any more than the fact I would get fantastic presents and I would empty my bank account to give presents that although I put a lot of thought in to them, frankly, everyone I gave them to, could have bought them anyway, if they wanted to, but probably didn't want, so wouldn't have.
Now I understand a lot more about the silly season I choose not to be a part of it.

Unfortunately, it's forced upon us. I endured a works xmas lunch, an overpriced meal in an overpriced pub for an underwhelming meal surrounded by people, who on the whole, I'd rather not have spent time with, unpaid. I justified it only because it fell on the winter solstice day, which I do sort of celebrate because, obviously, the days starting to get longer again, is worth a drink at least.

What has all this got to do with Boogie Nights and boats? Near to fuck all, but I needed to get it off my chest.
24, 25, 26 December was spent alone, on the boat and in the club house sewing. I managed to put five new windows into two different motorboat canopies. Two new zips and some patch work.
My family are all abroad in the sun of Lanza-grotty. 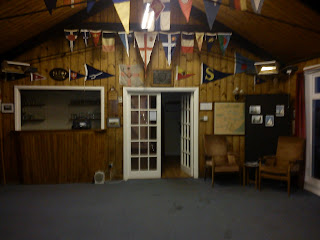 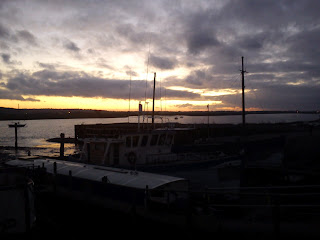 remarkably peaceful, with every c*nt away eating fat bastard meals and sleeping like overfed walrus. Leaves the rest of the world free for the minority who aren't doing that.
Posted by Jayne Toyne