So confirdent was I that the oyster would fly through the survey, with obviously expensive bits to think about... that I had already booked the time off work to bring the boat back.

It was never to be though.

With my car in pieces up north, I had to think fast to avoid wasting any valuable time. It seems time and money are inextricably linked.

I rented a car and went for a drive. A long drive.
I had just 4 days allocated to the next round of my search.

I wasnt going to waste time checking into B&B's, the car would be my home for a few days.

Ever tried a Ford Fiesta? Huh? Have you? 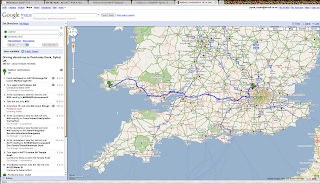 Good job I can sleep on a washing line and I'm not too tall is all I'm saying.

the long drive to pemborke dock was to see an Etap 38, which I really quite liked the look of. But it didn't have the wow factor. 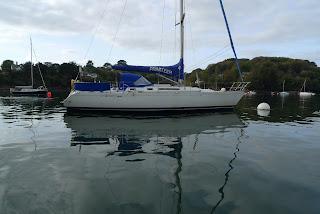 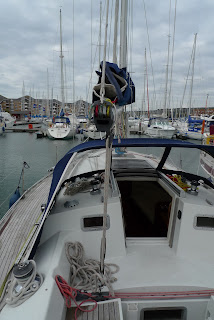 to see a Beneteau 405 with a cracked mast...
To another Beneteau first with teak decks... that needed replacing 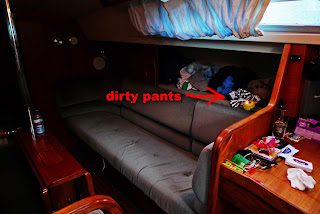 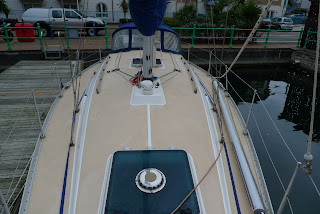 and then on to a sigma 362 in Brighton, which despite being a tip inside, I really liked.


But one Sigma was quickly trumped by a bigger and far better bad ass Sigma 38 on the Isle Of Wight
I spent hours on this one. I loved it. really.
but one more boat to view before I make any descisions. 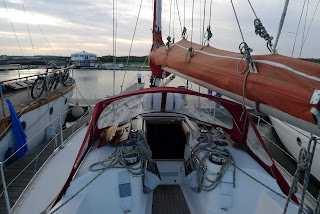 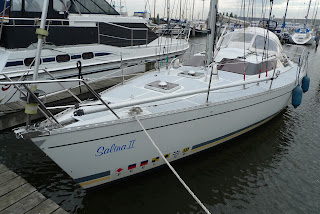 the feeling, in Holland, after a quick trip on the eurostar and in a little rented fiat 500, I found my way to see this. it was absolutely lovely. really. and the salesman was the hottest, but coolest guy Id seen in a long time.
back to the here and now...

then after what seemed an age. the Broker came back to me and said that the owner had just sold it to a friend.
it was the only one that really sang to me.
back to square one.