Can you smell that?

Every winter the same questions are asked, by different people.
I answer the above differently each time just to mess with peoples minds.
But I decided it was about time I gave the definitive answers as a practical guide. It might be useful for anyone flirting with the idea of living afloat.
This is for the wanna-be-live-aboard-in-a-northern-climate type, of for those curious. You know, like we're curious if bears shit in the woods or something like that. Nosey bastards.

So in reverse order let's go through them one last time.

3: Aren't you scared when it gets stormy?

NO. Yes. No. Sometimes. Ok, a couple of times. Wouldn't call it scared, maybe more, high alert. When your house is bouncing around crashing against a pontoon it can get a bit bum twitchy and when you're balanced with the boat out of water in a cradle and you have 100 mile-per-hour winds and you feel it move and the extra supports start to fall out from under the boat, yeah that's a little bit of a moment when you think "the fk am I doing here?".

2: What do you do in the evenings?


Shocking I know, there's no television or broadband. We make our own entertainment. It can get surreal sometimes.

There's also a small sewing business to keep ticking over, a Masters degree to complete, a freelance photography and writing career to keep alive and a couple of new magazines to be launched. It's a fkin hive of activity is Boogie Nights.

This is the number one question almost every boater ever gets asked. The answer to whether a boat is cold in winter is complex.

Let's break this down into sub sections: Sleeping, Climate Control and Light

Like any mammal, you'll be wanting to sleep at some point but it takes a certain kind of dedication to preparation.

<< The duvet >>
Find the highest tog possible. Ideally take a small animal to test it. If the small animal disappears completely from sight like dropping a chihuahua into a snow drift, when placed on the duvet, then it might be warm enough. 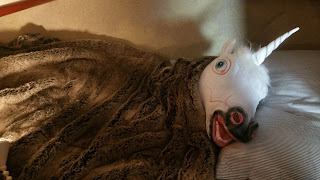 << clothes >>
We don't sleep naked. You need to be ready to leap out of bed at a moments notice if a mooring line snaps, if the jib comes unfurled or some other shit goes down, like a rat attacking your rubbish bag in the cockpit. You won't be ready and willing to leap out of the pit-of-unicorns if you aren't ready to face the world in a basic encounter suit. But "I always sleep naked" I hear people whine. Fuck off back to your warm houses then, you naturist bastards. That's what summer is for. If the thermometer reads in single figures, then I'm keeping my socks on and most likely full ninja outfit.
The secret (not very secret really is it) to a boaters wardrobe is versatility. What appears to be summer clothes are actually base layers in winter. We layer that shit up. Layer after layer after layer after layer...
Those jeggings or leggings that form a thermal base layer in winter are outerwear in spring and summer. We're kinky like that.


Going to the shower requires careful time planning.  Unlike when you live in a house and roll out of bed and into a shower, when you live in a marina, you need to get up, get dressed for outdoors, walk a few minutes to a shower block then commence cleaning rituals.
The winter layers make a bit of a stack and take time to peel off and carefully put back on again. Basically we are avoiding exposure of bare flesh on the boat, or keeping it to a minimum. So changes of clothes often happen really really fast, or ashore.


After 10 years of wintering on a boat, I have got the knack of changing underwear down to Formula 1 levels of speed.

Choose a lamp, choose a fucking bright lamp. Choose a daylight lamp of many 1000 lumens and 6500 Kelvin. Be prepared to look at it every evening for five months. The beams of light exiting the boat windows will look like you are calling Batman, but be assured, the only caped crusader is you, wearing a blanket in the depths of January in a small marina. Alone.

<< The daylight lamp >>
Anyone who has ever been on a boat at night will say how atmospheric the lighting is. But then, so too are boarded up abandoned buildings and every cellar ever featured in any horror film in the history of horror films.  You'll be needing a daylight lamp and you'll want to sit as close to it as possible. Every evening. All the time. (winter bonus, the lamp gives off a small amount of heat)


<< Vitamin D >>
Big lights are not enough on their own. You're going to need some chemicals, some D's n wizz. Eat them like they're strips of post apocalyptic radiation treatment. Pre-prepare your strips, eat them with breakfast. sprinkle them on your waffles or toast.

Winter is really hard. Get some winter sun. 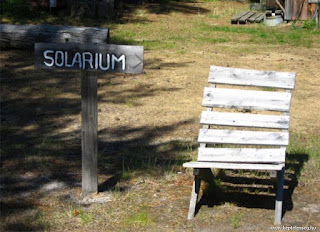 << blankets >>
There will be times when you sit at the dining table with a blanket over your head, wearing a head torch. It's normal. That's how we roll.
(bonus: blankets attract dogs. Dogs are warm.)

<< heating >>
There's one heater on Boogie Nights and this is it. It's not on if there's no human on the boat and even when there is a human onboard,  it's usually single figures celsius before it gets switched on. It's switched off at night. Notice the melee of cables, keep a good eye on those at all times. You will be stepping over them for roughly five months.

<< dehumidifier - aka moisture sucker >>
This desiccant type dehumidifier is the difference between clean, dry comfortable smugness and mildewy mouldy-mcmould-faced apoplexy.
If you breath, then you'll be needing one of these.
(Winter bonus, these things kick out gentle warmth too)
<< cables (walking on) >>
With the big light, the unicorn-powered-blanket, the money-burning inferno and the moisture sucker, you can be guaranteed that you WILL step on cables, daily.
But if you are following this advice closely, you will already have started knitting yourself a pair of monster socks, that you could tread on an upturned plug with and barely notice.
(bonus: the amount of power being drawn through the extension lead makes it warm, which means at least it's warm to stand on.)

<< The temperature >>
So the truth is, it's fucking cold, sometimes. But not always. When the heater is on, we usually have 14 or 15 degrees celsius, which feels a lot warmer than it sounds. When your ceiling is only 20cm above your head, it means there's not a massive space to heat up, just a few cubic metres. The feeling of cold or warm is linked to the humidity, once you get that down to 80, it suddenly feels like a different world.

It's the coldest, hottest, dampest and driest place I've ever lived in.