It was during the trip a few days ago between Ireland and Wales that we hit upon an idea, a very small idea.
The food chain is a large pyramid with predators and prey, each one does its bit for the eco system. While people panic about vanishing tuna, we decided that maybe tuna aren't the beast we should be worrying about. They are quite a large sea creature, not many others higher than it on the predator list, save for the sharks and humans.
The really important ones, are the small ones.
They supply the backbone to the whole eco system. They prop it all up. If you take them away, then countless species would die out; including many land mammals who depend on fish or fruit de mer as their sole food income. Krill. Small but mighty.

So, I'm thinking of making tshirts. Not save a tuna, save dolphins, stop whaling. No.

Think of the krill. 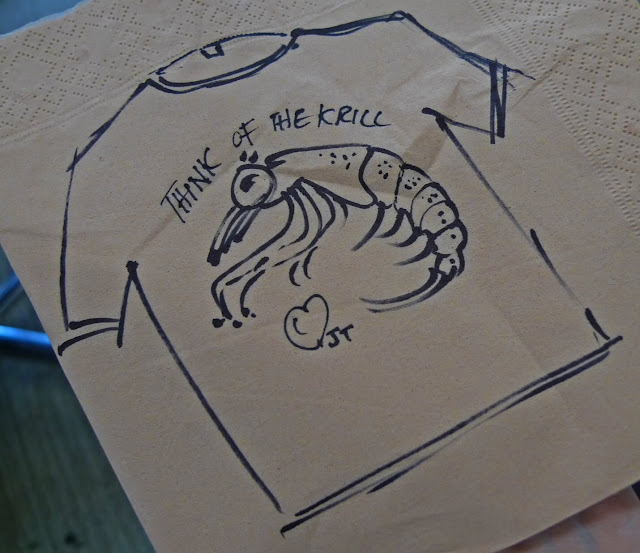